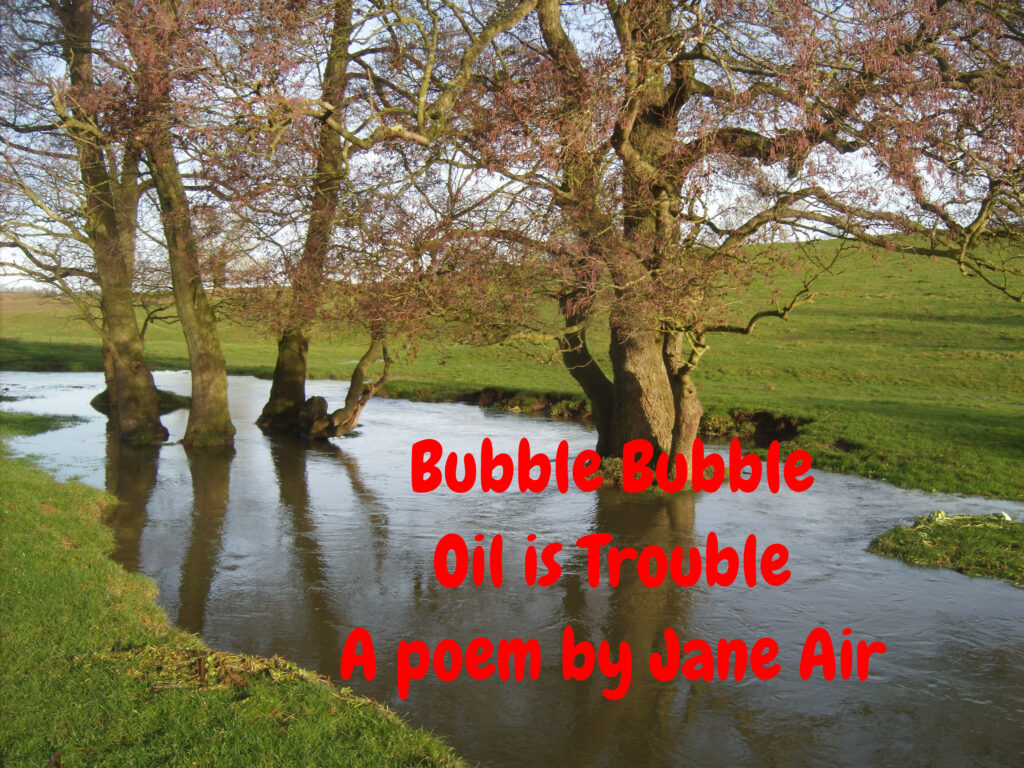 Evoking the spirit of Tennyson’s famous poem, The Brook and with an echo of the witches scene in Shakespeare’s Macbeth, just in time for the decision to be made over the fate of Biscathorpe in regards to the oil drilling proposals by Egdon Resources, on the 1st of November, 2021 at Brackenborough hotel in the Tennyson Suite, and the global warming summit, Cop26 which also gets a reference in the poem.

Lincolnshire poet Jane Air attended the Lincolnshire County Council planning meeting on the 1st November and was delighted that the oil drilling proposals were rejected.

Disclaimer : Am using my poetic license for the melting road.

Walking along the Viking Way trail
past the lake, through an iron gate
to where grave stones have no name
no date of death or tale be told
buried under stinging nettles
and ivy clinging to the rails

From the gloomy outlook
and gothic heights
of the medieval church

Abandoned and deserted
lost in time, the door is locked
a place that time forgot

The stream glistens and gleams
pristine and clean, tinkering along
to its own gentle song

Flowing over chalky boulders
and under bridges full of midges

A meadow of buttercups
and red clover runneth over

Divided by a melting road
glistening beneath our feet

Tarmac reverting back to tar, smelting
in the beat of smouldering heat

And what is life
if one cannot have the time
to stop and stare
at the hare
leaping about in the field beyond
the strip of wild flowers ?

But this place, full of nature’s grace
cannot escape the curse and chaos of our weather

Nor will Tennyson’s brook
remain the same forever

For further along, it sings a different song
of our weather gone wrong

Now out of tune, its banks have broken
burst and ballooned

Its flow is stagnant and slow, swelling
and swirling sluggishly
around ancient trees up to their knees
half drowned, ungrounded, surrounded 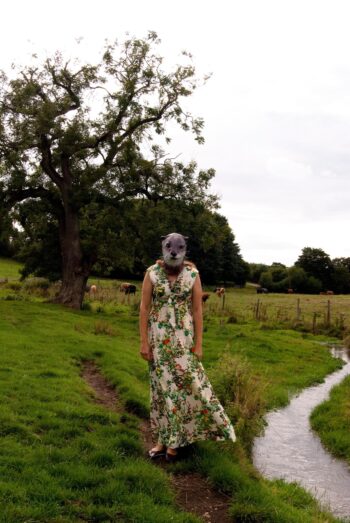 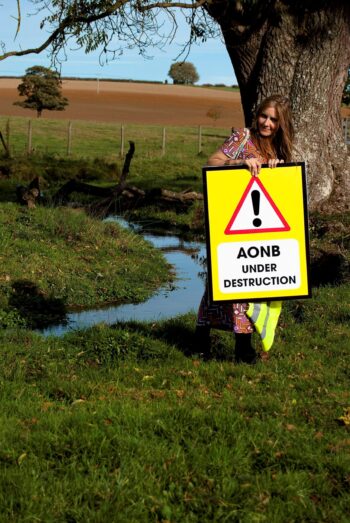