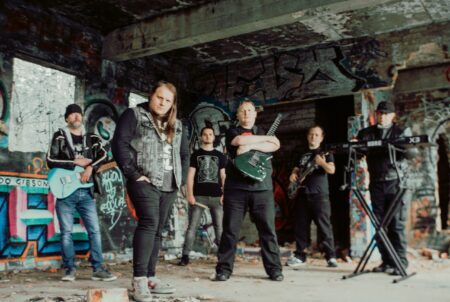 The members of Disordered Reality announced their debut studio recording, ‘2021 Visions’ in October 2021.

The new project of Simon Mark Bell (formally of After The Fall, Esquimax and Omen) and professional singer, video and audio producer David de Silva had been steadily recording and rehearsing since July 2020 in preparation of live performance. The band take you along a complex musical journey through philosophical, political and socially aware themes in a stunning live performance demonstrating the varied vocal talents of David de Silva.

Embracing a complex mixture of styles and influences, the members of Disordered Reality have drawn influence from artists within a wide sphere of heavy metal and rock music, embracing doom metal in addition to more traditional melodic influences stemming from a variety of mainstream, classical, rock and alternative sources.

Writing all material in standard tuning and drawing heavily on influences from other melodic spheres, Disordered Reality successfully combine a myriad of influences in to a cataclysmic wall of sound.

A self-produced, digitally recorded and professionally mastered release combining all the musical elements of Simon’s experiences who has previously been a self-employed session musician and voluntary music producer and engineer.

The release also demonstrates the vast array of talent within the current line-up of the band in their quest to fulfil a musical and philosophical vision.

Of notable contribution is the work of David de Silva delivering a breath taking vocal performance, excellent keyboards of Damien Kennedy and the outstanding bass talents of Ben Hammerton.

Quiet, calm before the storm keyboards, introduces ‘All I See’ that then crashes into a wall of noise.

‘Paradise Lost’ is next up . It’s a kind of George Thorogood meets Mogul Thrash song. It’s loud, to start with, but then manages to slow down with emphasis on almost choralesque harmonies and classical guitar solo, before crashing back to Disordered Reality.

The first single (‘Land of the Unfree’) brings the vocals of David to the fore, engaging in battle with the guitar and bass riffs and generally producing a track reminiscent of, (but more polished than) Aussie Death Metal outfit, Bestial Warlust.

The music continues with exquisite guitar riffs and a more tempered vocal on Mind Killer.

‘Viral Campaign’ slows down the tempo, where the track sort of drops on you, a bit like “Our Lady” on the Deep Purple, Made in Japan album. Beautifully delivered, it really showcases the versatility of the band. 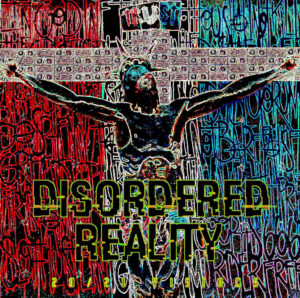 ‘Set The World on Fire’ definitely brings the talents of Simon into the spotlight, whilst David again delivers a vocal comparable to both Bruce Dickinson and Tom Araya.

The quiet guitar opening of ‘Uncivil War’ quickly turns into a classic DR theme of Guitars/Drums/Keys attempting unsuccessfully to drown out the strength of the vocal.

The closing track, ‘Burn It Down’ is another example of quietness crashing into crescendo, and again, it shows both versatility and professionism by all the band members.

20/21 Visions is a stunning album, extorting the skills of the individual members of the band.

All in all, this album is actually a thing of beauty.