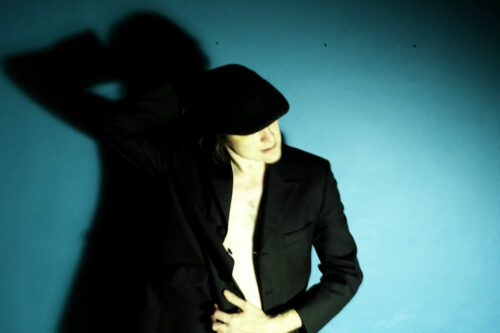 My new song “Lights Svoboda” released today on Bandcamp, is a fundraiser for humanitarian aid in Ukraine.

The two charities will be Red Cross Ukraine and Razom Ukraine – divided equally.

My bank has said they will double any donations to Red Cross Ukraine. My reasoning behind dividing donations across the two charities is that they both cover slightly different areas of aid – I’m hoping for coverage with our donations. Thank you.

The opening features a recording I made in Georgia, into my Soviet cassette recorder, of my 20 year old Russian exile friend who fled to Georgia to avoid facing criminal charges for protesting Navalny’s imprisonment. I had him say “freedom, hope and truth” in Russian. He’s headed to join the Ukrainian army this week.

It features myself on piano, voice, Soviet analogue synth, melodica and field recordings, and Kianna Blue on backing vocals and bass. Originally written for The Quiet Earth but now uncannily and undesirably relevant.