Recent differences resulted in us extremely reluctantly parting ways with our previous singer.

We would like a powerful replacement who can guide our band with lyrics and vocal melodies for our next Album which we are starting to write in a few weeks time.

We shall be recording the album at our guitarists home studio and using a RODE NTK valve condenser Microphone.

You will need to have transport for gigs.

After spending quite a lot of money on two kits and rehearsal costs, our drummer has decided to leave further to personal circumstance.

We are therefore unfortunately seeking a replacement with preferable an electronic kit to do some work on a new album.

Ideally the person will have transport.

As with our first album, we plan to record our second with an electronic kit and the exceptionally good Superior Drummer 3 by Toontrack. Our Digital Audio Workstation also includes WAVES 13 effects and Cubase Artist 11.

A working version of the drum package (with standalone) can be provided to the successful drummer for PC and combined with a MIDI drum kit and the ASIO4ALL driver will work on most desktops and laptops.

Our guitarist is a very experienced producer (being a former session player and voluntary producer) and produced the majority of the music on our debut album.”

What is one man’s good fortune and hard work means that our bass player is leaving us due to a promotion at work and time restraints.

We are therefore unfortunately seeking a replacement with preferable all equipment, transport and access to a sequencer to do some work on a new album.

Ideally the person will have transport.

Full samples and details upon request. 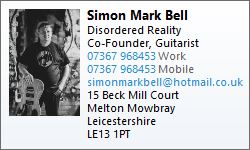