Not afraid to take on the authorities, Jane often turns her protests into poems, song and satire, aimed at the people in her sights, rather than her causes.

Some of the projects in which Jane immerses herself include:

Jane caught my eye with her depiction of the death of the NHS in a cartoon that she produced for the “Fighting 4 Louth Hospital” campaign (below left) and the current state of hospital services in the town (below right). 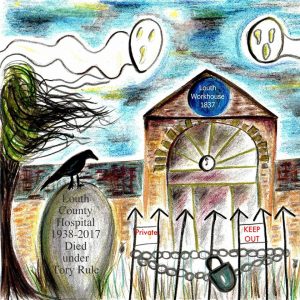 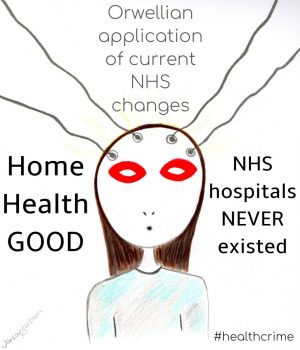 Fighting for the Bat community along Louth Canal, the site of a proposed new housing development. Jane is also a committed campaigner against a proposed housing development in Louth, that will result in the destruction of trees along the canal, and affecting flora and fauna in that area.

She is the author of “The Toads at Tedder Hall”, a poem inspired by Philip Larkin’s famous ‘Toads’ poem and the book, The Wind in the Willows.

You can listen to it here