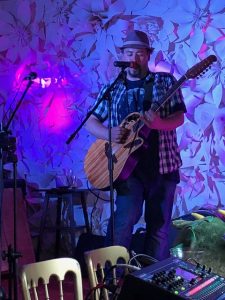 After a couple of month’s wondering, I decided to mosey along to The Priory Hotel in Louth, for what I expected would be another “Open Mic” event!

Host/MC, Alex Kyle, (L) added to his task list by opening the proceedings with:

I’ll be your lighthouse, followed by a highly appreciated:
Hope Springs” (new song),
Read my mind, before finishing off with:
My missing piece. 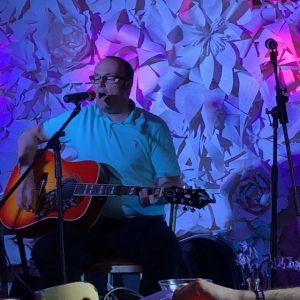 Bank Holiday Busker,
Where I wanna Be in the Summer,
Fagins Apprentice,
Zero to Hero, and finishing up with the popular:
Run for the Hills.

I’d not seen James before, and now I have, I’m mighty impressed. 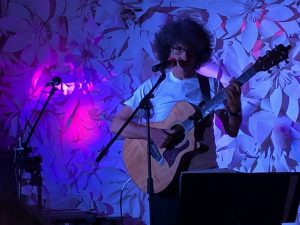 MelO Songs continued the evening with:

My Sundae Girl (The Ice Cream song),
Better than me,
Grammar We Love You,
Dirty Old Town Revisited and finishing up with:
Open Doors, which brought huge appreciation from the audience.

Having heard Mel’s work previously with Face 2 Face, this was the first time I’d seen him LIVE and SOLO. 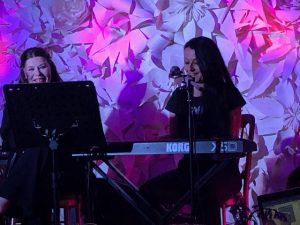 Louth/North Thoresby duo, Black and Blue (aka Keri Blake and Charlotte Hubbard), took to the stage with high expectations from this writer, having witnessed their first gig as a duo, when they supported the Fight 4 Louth Hospital campaign in September, 2017. (The reason that this web site was created in the first place). Keri’s vocals and Charlotte’s keys and harmonies, create a unique blend of musicianship, that should be witnessed to be fully appreciated. The audience fell silent, (apart from the occasional whoop and holler from Duke Da Luda’s Totty Simpson), but with rapturous applause at the end of each song, and at the end of the set. Tracks performed were:

Like a stone
Being me again (Original written by Charlotte)
Rooster
No rain
Ordinary World
To be with you. 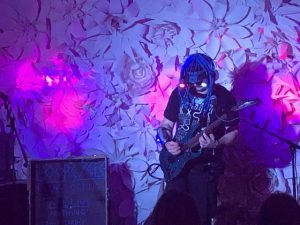 Next onboard the Starship Priory was the impressive “Loop Cycle” (aka Dan Hickin), who managed to pack 9 tracks into his 30 minute set.

(pause although it usually runs straight into the next song)

Then a pause and into the song:

Although I’d heard of the Loop Cycle, and seen a few video’s, this was again, the first time I’d seen him live, and I mean LIVE (nothing pre-recorded) and I’m now his latest fan. In a way, he reminds me of my friend, Hataken, but with a Guitar instead of computers and keys. 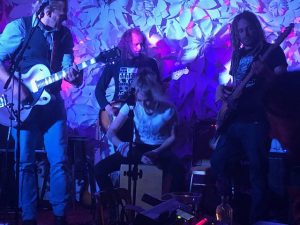 To round off the night, Alex introduced one of Louth’s premier bands, Dukes da Luda, who delivered a powerful set, which consisted of:

Speaking later with Lead Guitarist, David Simpson, I expressed my appreciation of “Process” and he said that it is one of the favourites for the band to play.

A smallish audience appreciated the high standard of the performances, and Priory Manager, Paul Hugill was excited about the progress that this event is making, under the guardianship of Alex Kyle.

For an entry fee of just 3 quid (that goes to charity), this last Wednesday of each month show is something not to be missed. So put it in your diaries – 29th May, Priory Hotel, Louth from 7.00 pm.