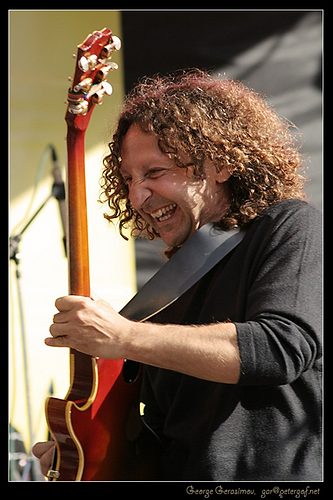 Jimmy C, (born Dimitrios Koletsis), was a London based Blues musician, who passed away 30/5/21, after losing a 2 year battle with bile duct cancer in his pancreas.

This Feature of Jimmy is aimed at promoting a memorial project, put together by his wife, Aga, to keep his music alive.

Jimmy’s wife, Aga, sent me the information at the suggestion of Blues Music Journalist and Presenter, Pete Feenstra. Aga told me:

“Pete Feenstra suggested that I send you ‘Everybody gets the blues’ for Oct/ November list/ entry.” It’s a song by Jimmy C, my husband. It’s his last recorded single, which mirrors how he felt knowing he was dying, very different to all his previous material which was usually ‘Whole Lot of Fun’ because he has been famous for a big smile and entertaining with the blues for 45 years ”

“I’ve been learning hard how to make it all (memorial) happen, the actual events, streaming, promotion, linking it all to each other, publicity, but it’s ‘getting there’ – here is the link from The Tribute 14/8/21 from our local newspaper..

and some video in 6 parts by @armchairgoa 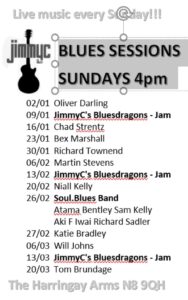 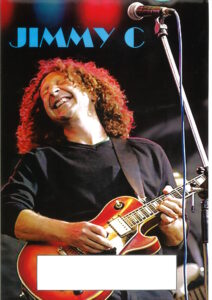 “I hope patience and persistence will get me there which means Jimmy and his music are not going to be forgotten, more, he will become someone widely known – for him stage was always more important than marketing, He was very bad at selling himself 😉 to the point it was funny sometimes but his shows have been the best blues shows i’ve ever been to, as the owner of Ain’t nothing but (ex owner and new owner as well) say,

he was the ONLY act who was ALWAYS making people dance and jump to the blues even in the middle of the week.”

Aga keeps all Jimmy’s Social Media going, explaining: “it’s all in use because I keep organising events in his memory and more to come soon (Tribute 17/10/21 in Broadstairs Wrotham Arms, 7/11 and 12/12 Jimmy C’s Blues Jam in N8, maybe NYE). ”

“Mixing all styles and elements of the blues, Jimmy C and his tight band enthusiastically play a contemporary blend that can only be called…. BLUES WITH A SMILE…!!”

“Jimmy C & The Blues Dragons play sharp snappy blues, with a little bit of edge and an element of fun and clearly enjoy what they do and seem able to communicate this to their audience”

After ‘45 years’ and he kept playing until the end, still hoping for ‘one more time’ on stage but it was not meant to happen. His last gig was booked 29/5/21 just after the lockdown ended but it was too late.