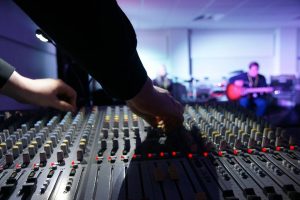 Andy Downes is the Programme Leader of the Higher Education music provision at University Centre in Grimsby.

The department’s programmes are nestled within the Faculty of Digital and Creative Arts in the Grimsby School of Art that is over 120 years old. Their multi-million pound new premises boast some of the most up-to-date industry-standard facilities in the area.

Students come from all walks of life. Starting from the Music and Performing Arts courses at Level 1, all the way through to their flagship degree programmes (validated by the University of Hull) in Music Production and Popular Music Performance. Andy says:

“I have been the proud leader of these programmes for 15 years, supported by a core team with over 50 years combined teaching experience.”

Courses specialise in performance, production, song writing/composition, history and the building blocks of music. The centre has four industry-standard studio spaces, each with live room and separate control room running Logic Pro X and the Pro Tools 11. They are a certified Avid training centre, with a Pro Tools expert on hand to teach you all you need to know to be successful in the recording industry. 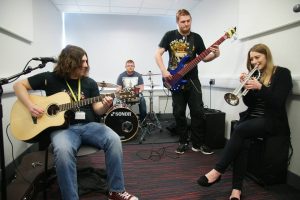 “To complement our recording studios, we have four extremely well-equipped rehearsal rooms with full backline and PA systems, plus 30+ iMac computers equipped with Logic Pro and Pro Tools.”

Andy says his day to day duties include looking after the 70+ students that chose to study with the centre every year. As a reasonably small department, they can offer bespoke support to students who live locally or move from outside the local catchment area. Friendly staff are on hand to help learners strive to join the local, national and international music scene. 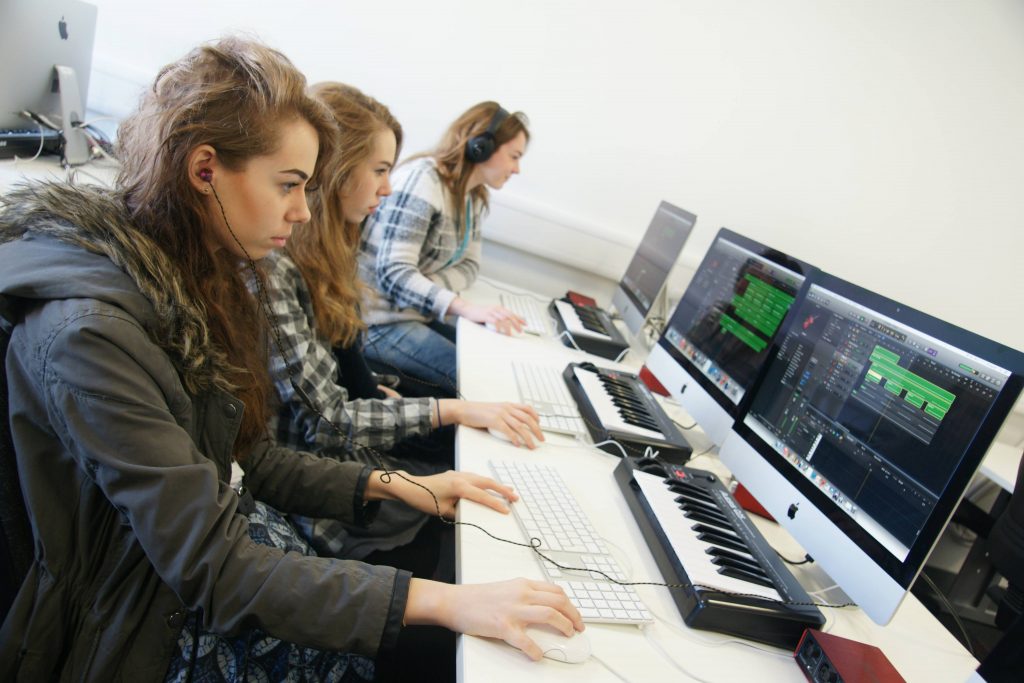 Andy started his time as a graduate of the then Leeds Metropolitan University’s joint venture with the Leeds College of Music in 2003. He back to his home town of Grimsby as a result of gaining a job as a technician with the then Grimsby College. At the very beginning Andy began supplementing his part time role as a technician with evening classes teaching adults who were interested in knowing a little bit more about recording and programming. This resulted in him being selected to write modules for a brand new degree course in 2004, eventually becoming Programme Leader a few years later. Andy’s background is in music technology, however he has since obtained higher qualifications in education and music psychology. A part of the institute for 15 years, Andy has authored over five degree programmes for Hull and Teesside universities. He regularly plays in the local music scene as a singer/song writer in his original band ‘The State of Art’  and drummer of a covers band called ‘The League of Mentalmen’. Andy was also part of the national touring tribute act ‘The Red Hot Tribute Peppers’ for a number of years. 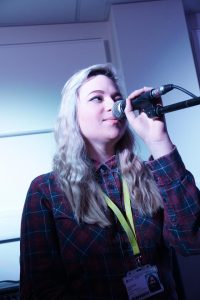 The State of Art: