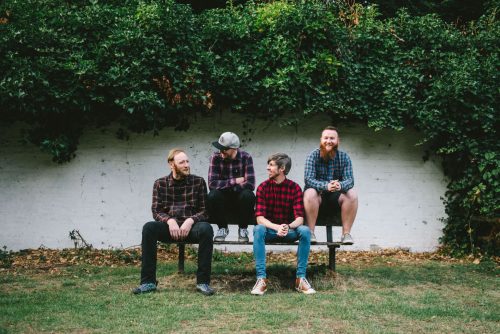 Amateur Ghost is a four piece Punk/Pop band from Lincoln.

Amateur Ghost is a name that the band think is cleverer than it actually is. They are releasing their new single, “The Star Spangled Banger”, on November 5th. 2019.

They recorded The Star Spangled Banger with Sam Cook, singer of Northern Captives and general wonder producer, at Magna Mile Studios. The band had a smashing time recording it and are all ‘stoked’ with the result.

If you find the band on Spotify and check out their YouTube link below, you can also hear their first song, “Labrador”  (Pop Goes The Punk Band), which was recorded for a local punk compilation. 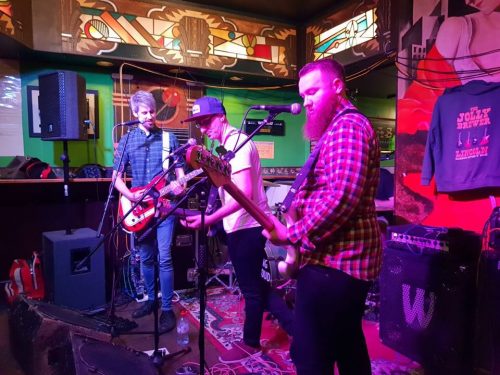 Amateur Gost started out as a pop-punk covers band, but say it’s a bit dull playing four chords you didn’t write, so they started writing their own songs about Skegness, Twitter trolls and orange presidents. It’s all very pop-punk still, think of the American Pie soundtrack, but much less sexy.

They’ve all been in bands in the past, as are no young bucks. Jonny was in Karate Party, Your Cat Is A Landmine, Ewan Hughes Army, New Monica and Murder Charge among others, Leigh was in Fedic and a few bands in Peterborough, and Alan was in Man Makes Fire and I Did Last Night, and also plays in current bands Boats!Boats!Boats! and Man Made Fate.

The say “There’s not a lot of pop-punk around at the moment, and there’s probably a reason for that, but here we are anyway!”

Leigh Potter – singing, guitars and that

Jonathan Markwell – guitars and as little as possible

All four members of Amateur Ghost currently reside in the ‘shire and have done for many a year, duckie. Pillars of the community, that’s them.