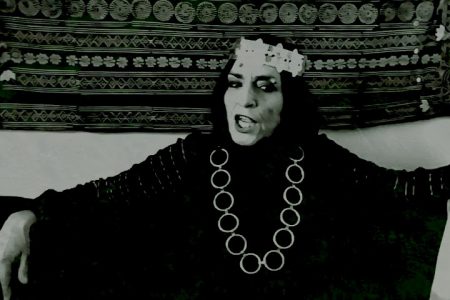 Carla Diratz is a French vocalist, who fronts various projects with her amazing, bare, throaty voice.

Her most recent collaboration, with fellow French musician, guitarist, Pascal Vaucel has resulted in an excellent, jazzy/avante garde/rocky album, “pRéCis​.​AiMaNt” (2019).

When you cover a music legend’s iconic song, you can’t really do any more than recieve accolades of the highest order from the composer, and that’s what happened when Robert Wyatt heard the duo’s re-imagination of his masterpiece, ‘Sea Song’. Carla says:

“Robert Wyatt called me “the SOULFUL Ms Diratz” (he wrote it in capital letters)… that was the best day of my singing life when I read those words.”

So where did the music of Carla Diratz come from? What were her major influences, and how has she maintained an almost Bowie-esque transition through the decades of her career?

My father was already a photographer (mostly in the cultural field) when he met my mother (in a bookstore in Montmartre) who was an Armenian-Jew-Greek-Italian from Turkey. They were over 40 years old when I was born (in Paris). My mother spoke (fluently) 7 different languages (which means 7 different musicalities). I think it is what developed in me a taste and a certain skill for vocal improvisation.
My father, due to his work, had many friends in the entertainment and intellectual, artistic world. He was very fond of Jazz and, for example, very close to the Dhango Rheinhardt crew. He was also “in love” with the Afro-American music, politics, society etc. As a young child, from 7 to 12, I saw many concerts of all kinds of different people because he would take us with him sometimes on the French TV shows or venues (most of the times I was the only child in the audience)

A few words to qualify my parents and the atmosphere I was raised in are modernity, curiosity, frontierless, humbleness …

Around 12 years old I got into the Motown and Stax music (went to see Otis Redding in 1966 at the Olympia) along with all the UK bands of the time, and was dancing and singing on/with that music most of my time. I had no idea, and was giving no thoughts to what I wanted to do in life in the future… the present-time being so good and fulfilling (I guess). Music only. Night and day. My father died and I went to California where more music, more amazing concerts were awaiting me. After one year I came back to Europe and lived in Germany for a while (amongst many other “krautrock” bands I saw CAN in concert) That’s the time I also discovered Soft Machine and the so called “prog” in its different colors and Jazz like Sun Râ, Pharoah Sanders, Miles Davis etc.

Singing. The beginning. The first years:

A friend of mine, Jerry Rubin, an American singer-guitarist on tour in Europe, once asked me to sing with him on stage… and I said yes. And I liked it, and the audience seemed to like it too. My mother then died.
I went back to California with Jerry where I studied a bit at UCLA (cinema) and went to a few concerts etc. One year later I came back to Paris where I started studying theater. Jerry came for a visit and left an acoustic guitar at my place before flying back to the US. One day I decided to write songs even though I can’t play the guitar (which by the way had only 5 strings) I “played” it to help write those Blues/Rock style songs.

Then … Encounters with musicians, putting together my first band, playing concerts etc. and then suddenly I was a singer ! which I still have no idea why or how it all happened… In those days I learnt a lot about my voice, vocals, music etc. thru improvisation which I experimented often, in public as well, with all kinds of musicians from all kinds of different cultures (I spent some time in NYC where I was supposed to join the Julliard School but decided not to …) 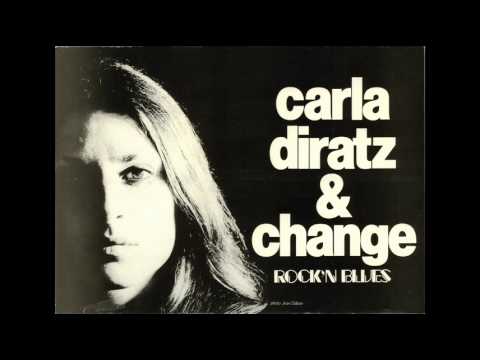 – Creation of the group Alkemia on texts and music, with Alain Berthe (guitar, who will play later with Kevin Ayers) and J.C. Buire, (drummer-percussionist who also plays with Christian Vander in Offering), 1982-83.

– Various creations and recordings at the Marcadet studio, with Mahamad Hadi who is its executive producer, arranger and one of the instrumentalists, 1980.

– Singer of the rock group Triac, whose producer is Thierry Le Luron 1980-81

– Voice for the contemporary jazz composer and drummer Serge Bringolf (who will make an album with Hugh Hopper and Dave Sinclair and various concerts with Jaco Pastorius) in the band “Strave-Utopia”, 1978-79.

– Music and vocals for the music for Tom Hamilton’s film “The Last Sequence”, 1978.

– Recording for the composer and musician Marc Kahane, 1986

– Creation of “7 stations” with Edgar Moroni, sound producer and composer of computer-assisted music and Tania Kraus, dancer and choreographer, Nouvelle Danse Off / Uzès -1998.

– Avignon Festival Off 97: Creation with Eric Mendrivès of “Immerson et Lumières” followed by 15 performances and performances in Céret, Laudun, Nîmes

– Co-signs and sings for the electronic and oriental music of Toirès – CD / Oued (produced by Total Eclipse) – (recordings – concerts), 1998. 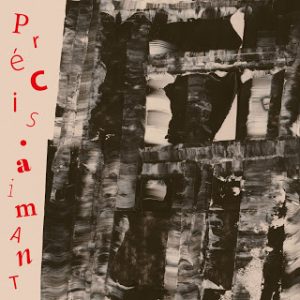 – Author, singer and co-composer of the group No White of Moon, France 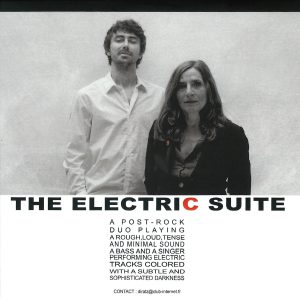 – Author / co-composer and singer of the duo “The Electric Suite” with Corentin Coupe, bass.

The song «Blue drops» is dedicated to Sebastien a.k.a. my darling Shooter.
Grateful thanks to my dear sister Andrea Gotskind Hamad for her insistance and determination in having me doing a «Sea song» cover of her good friend Robert Wyatt’s iconic track, and thanks to him for his kind words of recognition. Merci, Grazie,

Thanks to my partner in sound, précisément Pascal Vaucel.

And most of all, to my great friend and partner in creating these wonderful pieces of music, Carla Diratz.

With Art Ensemble of Belleville

With DIRATZ live in Baltimore