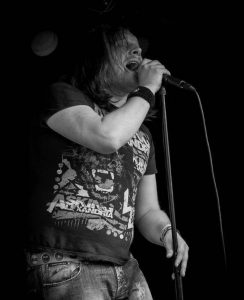 David de Silva is an award-winning singer-songwriter from Lincolnshire, who has been involved in the music industry for several years and is a very experienced musician.

David Started his career in many local bands, which gave him with a more grounded of the music industry machine. From there he went to be involved many opportunities in his career including a degree in music and involvement in musical theater. This led him to perform lead in many productions such as We Will Rock You, Jesus Christ Superstar and Les Miserable.

From there David became involed in the world of songwriting, working with many famous musicians including Procal Harem, Danny Elliot, Pat Oceanus, Carrie Grant and David Grant and many more.

With such a diverse career has resulted in David’s ability to defy many musical conventions with a more experimental style of songwriting. This ethos eventually built David a vast and prolific library of acclaimed songs under his belt.

Currently, David has been writing and performing in several projects including Riding With Devils, The Panic Buyers, Rock hands aka… JAG and Face To Face.