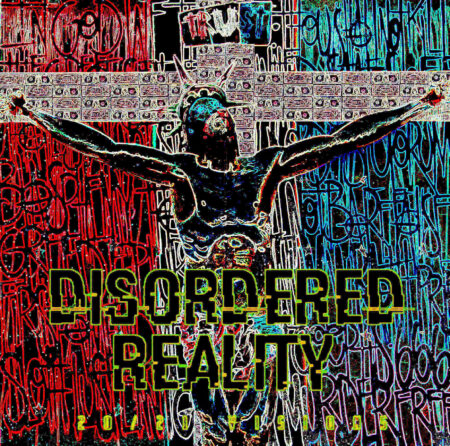 Lincolnshire based Alt-Rock/Metal band Disordered Reality were formed during the Covid pandemic in 2020.

The band’s ethos is not to create a safe and radio friendly albums, but to shine a light on many real world issues.

With this ideology laced in, the band   has managed to generate a huge buzz in many mainstream press outlets in the industry with their  self penned, religio-political album ’20/21 Visions’. The dystopian eight track album successfully combines a myriad of influences in to a cataclysmic wall of sound and demonstrates the vast array of talent.

The album’s concept takes it’s listeners through a complex musical journey through philosophical, political and socially aware themes. Embracing a complex mixture of styles and influences, the members of Disordered Reality have drawn influence from artists within a wide sphere of heavy metal and rock music, embracing doom metal in addition to more traditional melodic influences stemming from a variety of mainstream, classical, rock and alternative sources.

The band’s debut album was released on all major streaming platforms on the 15th November 2021 and from early 2022 the band will be close to announcing a UK based wide live tour over the next year.

A series of press, radio, webzine and other media stream reviews and interviews have been secured in promotion of the release, combined with live performance at a series of head lining and charity events and will also appear in support of established artists.

Disordered Reality are already determined to enter the studio again in 2022 with a view to a professionally recorded album ready for record company distribution, radio listing, further live appearances and other promotional activities in 2022.

The band have recently parted company with de Silva but, with a new Vocalist, being recruited, will be undertaking live appearances around UK, to ultimately secure a suitable recording and distribution contact by mid 2023.