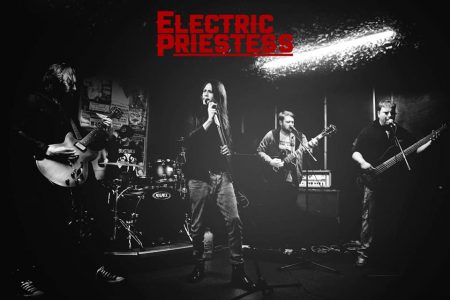 Formed in Grimsby, surrounded by the smell of fish and decaying docks, the band crafted their first EP in November 2015, with a mix of classic 70s hard rock, elements of modern heavy metal and doom. In 2017 they parted ways with both drummer and bassist and went on a quiet period of searching new members while writing new riffs. In 2018 Electric Priestess welcomed Richard “Oz” Osbourne on Bass and Martin Ellis on Drums. With a fresh perspective, they wrote more and more songs and adjusted some their older ones whilst still retaining the sound that inspired them.

2019 has seen Electric Priestess begin to go back out playing live shows across the country playing with well established artists to great reception. Electric Priestess has been praised for its’ solid grooves and atmospheric performances and look to take it to greater heights.

Loud and heavy sounds influenced by the loud retro sounds and modern tones from Black Sabbath to Mastodon. Supported bands such as The Picturebooks, The Graveltones, BEHOLDER, among many others.

Electric Priestess have played at various festivals and All-dayers in the UK including Sunk Fest, GRIMFUZZ, Somatic Festival 2016 & Hail The Riff Vol.1. 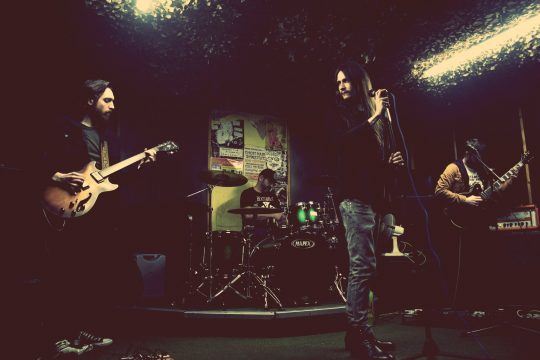