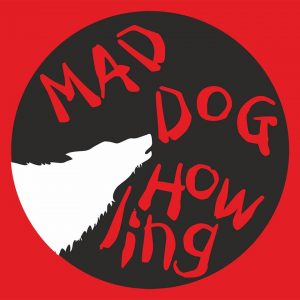 Mad Dog Howling are an Originals Rock/Blues band (with a bit of Prog), from Louth, Lincolnshire, UK.

Most of the band members originally met up through a project they worked on together at the Trinity Centre in Louth.

In November 2017 they decided to get together, along with Vinny on bass, to indulge in playing some prog rock and blues covers and to write a few songs of their own (mainly the compositions of Ian Miles).

In late 2018 they decided to stop learning covers, concentrating purely on writing their own songs. In between song-writing and rehearsing they have played the occasional live set at open mics (Alvingham and Fulstow) and a full set at Badgerfest (May 2019)

Following their set at Badgerfest the band now felt they were ready to get out into the wide world performing their songs live on a more regular basis. Their set crosses a broad spectrum with the influences of rock, blues and a bit of prog rock!

The band are looking to record some of their current tracks over the next six months alongside writing new ones.