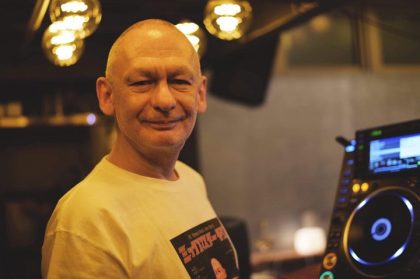 Mixmaster Morris (aka Morris Gould) is an English ambient DJ and underground musician living in London.

Morris Gould was born in Brighton, Sussex, England, but grew up in Woodhall Spa and Horncastle, Lincolnshire. At 15 he founded a punk rock band, The Ripchords, whose sole release, an eponymous EP with four tracks, was championed by the BBC Radio One DJ John Peel (who also championed Robert Wyatt).

He began working as a DJ in 1985 with his “Mongolian Hip Hop Show” on pirate radio station Network 21 in London – the handle Mixmaster Morris being suggested by the station director.

He then managed a club in New ross called The Gift, (named after a Velvet Underground track) and in 1987, began releasing tracks as The Irrisistable Force, alongside singer/songwriter, Des de Moor. The first release as The Irresistible Force was the single, “I Want To” (1988), with success finally arriving with the first album, Flying High, released in 1992. (Rising High Records). A second album Global Chillage followed in 1994. 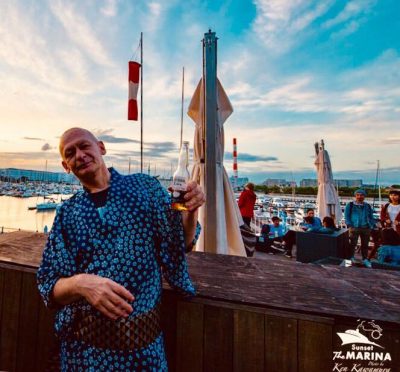 Chill became the norm for Morris, who travelled the world and won awards with his shows:

Morris has played in over fifty countries at nightclubs and parties, and particularly music festivals such as the Full Moon parties in the Mojave Desert, Glastonbury Festival, Rainbow 2000 and Mother SOS in Japan, Chillits in Northern California, and Berlin’s Love Parade. He also ran the down tempo night Nubient in Brixton. In 1995, he played at the first The Big Chill festival, we he became a resident for the next 16 years.

2017 also saw his acclaimed release “Kira Kira”, a lush soundscape that was received well by many publications and listeners and earned a spot in “Extreme Chill’s” top twenty of 2017 along such luminaries as Brian Eno and Steve Roach.

Mixmaster Morris claim to membership of the LAAMB family is not just linked to his upbringing. In2015, he published a Mixcloud show as a 70th Birthday tribute to Robert Wyatt. He has also collaborated with Tokyo’s Hataken, (who composed three tracks including “Lincolnshire” to mark his visit here in 2012).

Morris has also indicated his wish to at some point, perform a show at Kinema in the Woods in his boyhood home, Woodhall Spa. 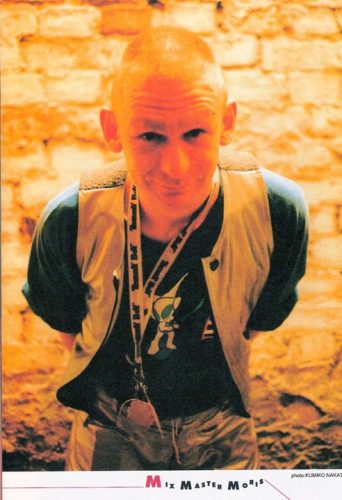