Simcha, which means ‘Celebration’ are a band from Lincoln, UK, who play Klezmer music.

SIMCHA have performed at a wide range of performances including concerts, outdoor festivals, weddings and garden parties.

Klezmer music originates in the ghettos and villages of Eastern Europe where Jewish Klezmerim, or itinerant musicians, performed at all types of social events such as weddings and festivals. Despite having travelled from the Jewish communities of Poland, Russia, Ukraine and Romania all the way the Unites States, where it established itself and further developed, its quintessentially Jewish roots are still highly recognizable today.

Memorable concerts have been at The Blue Room, Lincoln for a screening of a film on the Kindertransport, St. Katherine’s Church, Lincoln as top of the bill for a charity concert and the Lincoln Beer Festival at The Drill Hall.

Simcha’s new CD showcases many of the lively dance tunes and we are available for all kind of events nationwide.

The album can currently be bought from Back To Mono in Lincoln and Off The Beaten Tracks in Louth. 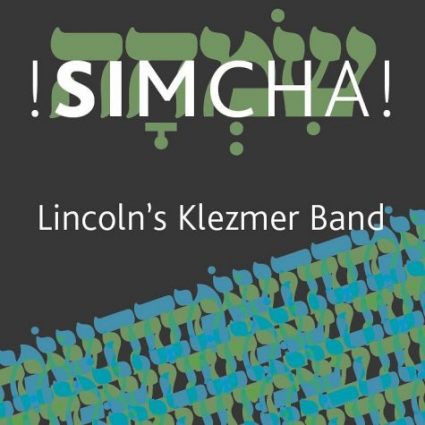 “There must have been others like me in the audience who had not had the opportunity of hearing a Klezmer band and what a revelation it was. There were instant smiles, lots of fingers and feet tapping and the whole hall lit up with a party atmosphere. Your sound was amazing and your talent for entertaining is superb.”

“Never heard of Simcha till I heard their song on LAAMB. I never would have dreamed of listening to something like Simcha, so it’s introduced me to something new”

“I absolutely loved the Simcha self titled album that I listened to courtesy of Dave at LAAMB. The music is exceptional and emotional as it’s a part of my heritage.”

The album can be heard online through these links: 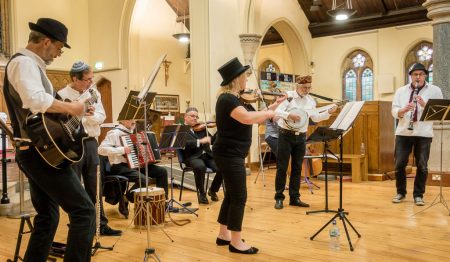