Suckerfish, best decribed as an Alternative Rock band, are based in Scunthorpe, Lincolnshire.

Suckerfish originally formed as a group of friends in the late 90’s. They had similar musical interests such as classic bands/artists like Queen, Pink Floyd, Eric Clapton as well as 80’s electro through to Michael Jackson as well as current American artists like Alice in Chains, Pearl Jam and Screaming Trees.

Original members: Moey Modak – Lyrics and Vocals, Rik Taylor – Guitar, Tony Knight – Bass and Lyrics and various Drummers. Suckerfish played for a few years in pubs and Clubs around Grimsby, Scunthorpe, Lincoln and as far out as Doncaster before calling it a day.

Around 12 months ago they decided it was time to put a group back together and write new material.

For a new dynamic the band have introduced Keyboards and currently are recording new material in preparation for gigging later this year. The recording has all been done by Moey and Rik. 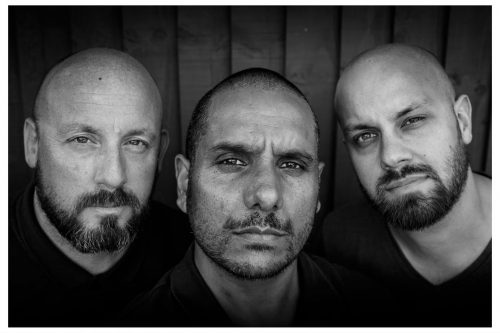 The band’s music has obvious Blues Rock undertones, but the audience are invited deep into the music, with clear and tonal vocals.

Reunited after year’s apart, Suckerfish are currently planning a new EP “Voices”. This will include re-recorded tracks from their previous incarnation together with new material.