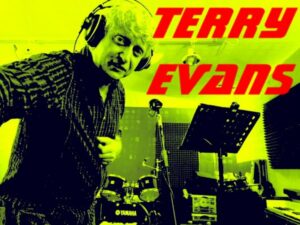 Originally from London, Terry Evans is an acclaimed UK singer songwriter who is now based in Gainsborough, Lincolnshire.

Playing in bands and projects for many years over his career, Terry has never been one to stick to what he knows and has written in many wide ranging and varied styles of music, resulting in an eclectic and genre defying library of songs.

With so many interesting and unique compositions under his belt, Terry has gained quite a following all over the world with radio play and media coverage.

More recently Terry has been collaborating with producer/musician David de Silva, with a brand new collection of music video’s to showcase his vast back catalog.