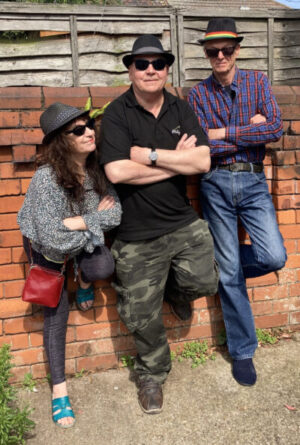 ‘Whiffing the Peaches’ are an experimental Rock/Funk/Soul trio from North East Lincolnshire, UK.

The trio was formed by three members of Grimsby Covers band, ‘Skip of Fools’ who wanted to write and perform their own ideas. WTP is NOT a gigging project.

Briefly, the band consists of:

LAAMB asked the band to give us a quick Who/What/When and after months of deep thought and procrastination, this is what they came up with. 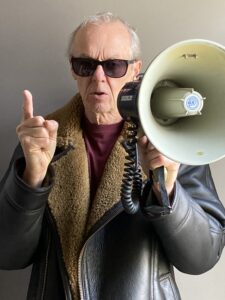 Where did it start? It was a case of thrown in at the deep end. Pete Fisk needed a bass player to go to Germany with him and I got the job despite never being on a stage before. With Pete there’s no messing about,two practices, one gig in Leicester and the next thing I knew I was going over the North sea to Rotterdam. I had bits of paper stuck all over the back of the PA with the notes jotted down, a sort of security blanket I guess. A great time ensued until like all these things it eventually ended. I worked in various other projects.

One of the bands was “International Incident” that included Pedro Robinson. We did original stuff and that sort of stuck with me and I started writing.

Over the years there were a succession of bands but I preferred doing original material and with WTP’s that’s what we’re doing. We all play in another band together but with this project we concentrate on recording our songs.

Great fun and that’s what it’s all about. 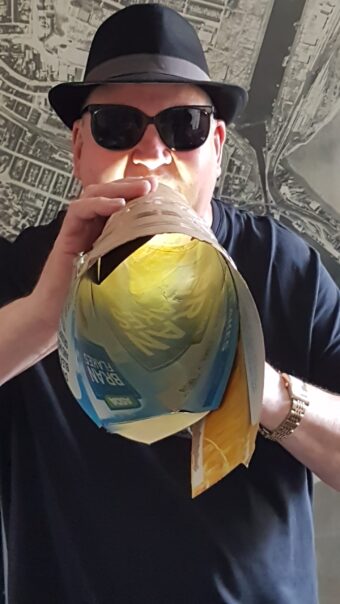 I started playing trumpet aged 10 when I joined a marching band. I really enjoyed it and made some really good friends. There were some brilliant teachers and taught us really well. I learnt a lot from them plus we were out all summer, doing parades, shows, fetes and displays. Good times. I had always liked the sound of the trumpet and was massively influenced by the brilliant Eddie Calvert and later the legend that is Herb Alpert.

That took me to my early 20’s. I had a break for a couple of years and then I was asked if I would be interested in joining a 6-piece band as part of a two-piece horn section with myself and a sax player. Wow, a whole new world opened up!

I’ve been lucky enough to have been in various styles of bands that include Rock and Roll, Rhythm and Blues, Reggae/Ska and Soul. I have played with some really brilliant musicians and learnt a lot. I have done the tribute bands too, more notably Blues Brothers and Commitments. So all in all, a good mixture and I have enjoyed every minute of it.

My Wife and I moved up to the Grimsby/Cleethorpes area in early 2018, but a few months before we moved my Wife suggested that I look on a few ‘musicians wanted’ websites to see what was available in that area. Unfortunately, not one single horn player was wanted anywhere in NE Lincs, but I didn’t give up.

Eventually, I noticed this guy called Adrian White was advertising for musician/backing vocals. I got in touch with him and we had a long chat. I liked the sound of what his band was into. We moved up here a few months later and I had an audition and here we are three and a half years on.

Ade asked Trish and myself if we would like to put some vocals and horns onto some tracks that he’d written. I have always wanted to do some original stuff… and here we are… Whiffing The Peaches … 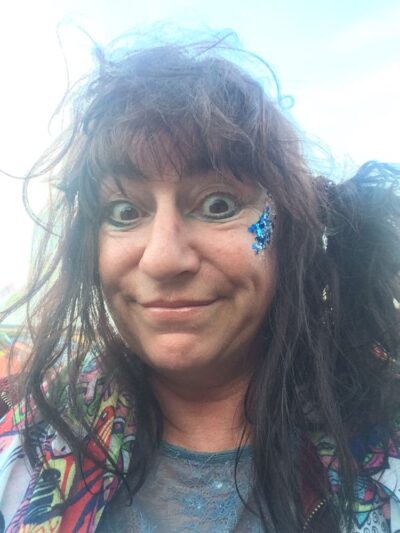 Christmas, 1972 Santa came and stacked a classical guitar under mum and dads bed for my sister. It was a mistake. Coz Santa got it wrong!

1978. I played guitar and sang vocals in a duo called ‘The echoes’. The beginning of my future musical career I guess. Next step was hitching and busking in France, then Germany learning soo much from fellow artists as one travels on and proceeds to discover oneself. I lived in London and Europe off and on and experienced various musical adventures!

After declining 2 record contracts I gave birth to my heartbeat and came back home to Grimsby where I performed in duos and various wine bars. 3 years later, after various musical projects, I auditioned for a local soul band. (Not that I was a soul singer). The Rumble Band was a very successful 13 piece soul band and I learnt so so much from my experiences with this amazing band. But….. It was a covers band! I proper missed doing my own gut stuff.

I became a vocal and performance lecturer at the Grimsby college for about 4 years.

In 2008, I recorded a track called “Merchant Banker” with an aquaintance, Adrian White. When Ade later sent me his musical ideas, I was thinking ‘this is original’.

Anyway, I’m in a seven piece band called ’Skip of Fools’, (also with Adrian), which are fantastic and that’s how I met the talented Trev(trumpet and vocals and jokes).

Ade suggested to Trev and I that we form a Trio, to do our own stuff. So, here we are… 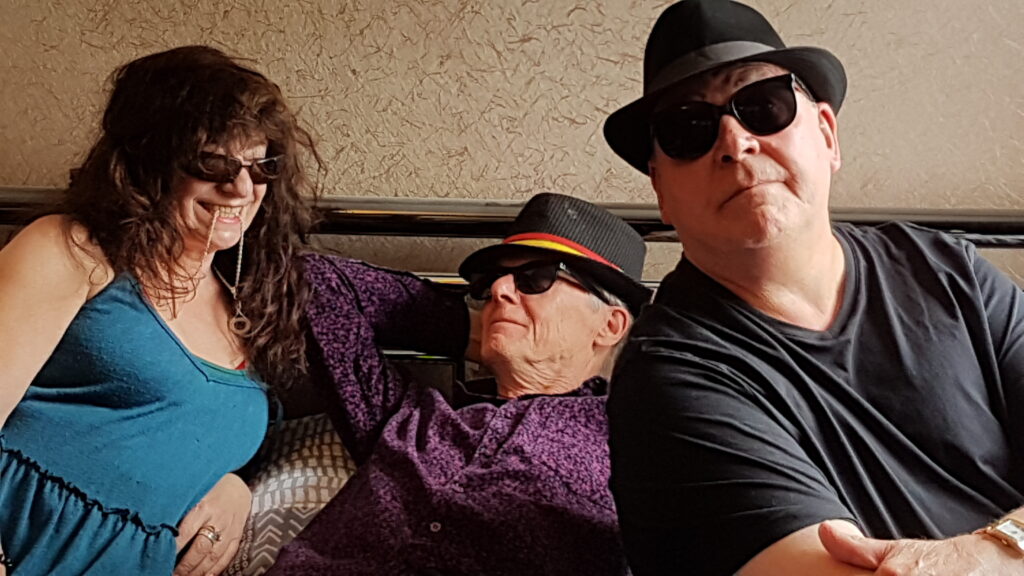 The band are currently busy recording tracks for an album, to be released hopefully before *OH WELL*. Because the project is not a gigging outfit, they have now started writing and recording videos to accompany the album.

In the meantime, check out these links: